AISJ Whistleblowing Policy The American International School of Johannesburg (AISJ), in alignment with its Guiding Statements, provides a mechanism for AISJ community members and commercially engaged counter parties of AISJ to raise concerns related to the School, while offering protection from victimisation, harassment or disciplinary proceedings for those who do so.

Concerns Covered by the Whistleblowing Policy An individual can raise a concern about a risk, malpractice or wrongdoing at AISJ, related to the following areas:

The whistleblowing policy covers concerns that are related to the areas outlined above ("Concerns Covered by the Whistleblowing Procedures"). Any other employment-related concerns or complaints should be raised through the School’s grievance procedure.

AISJ acknowledges that the decision to report a concern can be a difficult one to make, not least because of fear of reprisal from those responsible for the irregularity. AISJ abides by the provisions of the Protected Disclosures Act 26 of 2000, which makes provision for employees to report unlawful or irregular conduct in the workplace. In this way, individuals are afforded protection if acting in good faith. AISJ does not tolerate harassment or victimization and will act to protect employees when concerns are raised in good faith. Maliciously making a false allegation under this policy constitutes gross misconduct and is likely to trigger disciplinary sanctions and/or legal prosecution.

How to Report a Concern

If an individual has a genuine concern about a risk, malpractice, or wrongdoing, it can be reported by contacting an independent whistleblowing service provider.

How the Complaint Will Be Dealt With

The receiver of the concern will determine the appropriate next steps. In order to protect individuals accused of possible malpractice or inappropriate behavior, inquiries will be made to decide whether an investigation is necessary. Some concerns may be resolved by agreed action without the need for an investigation. If urgent action is required, this will take place before an investigation is undertaken.

If an investigation is deemed necessary, the concern raised may be:

All records will be maintained by the AISJ Legal advisor 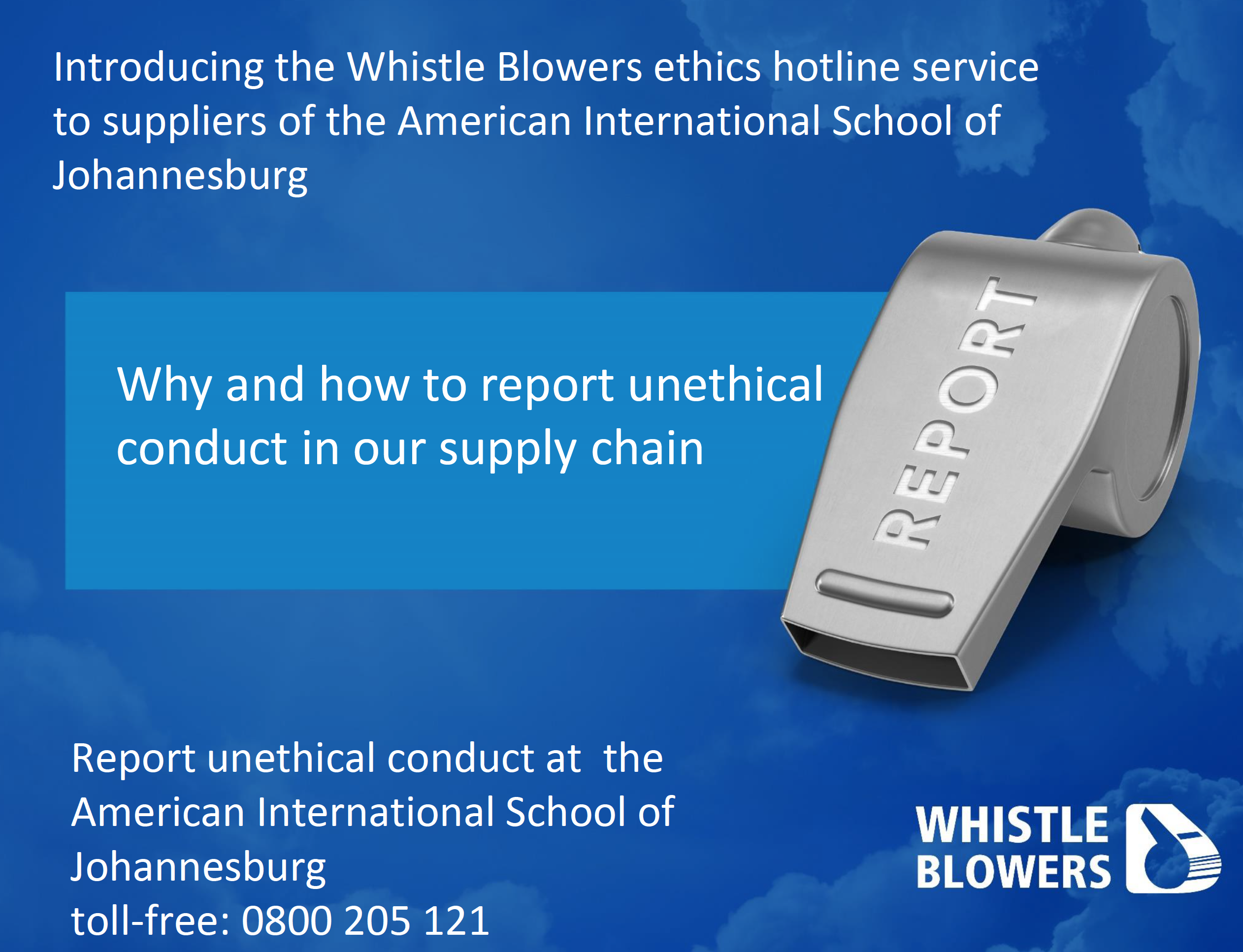